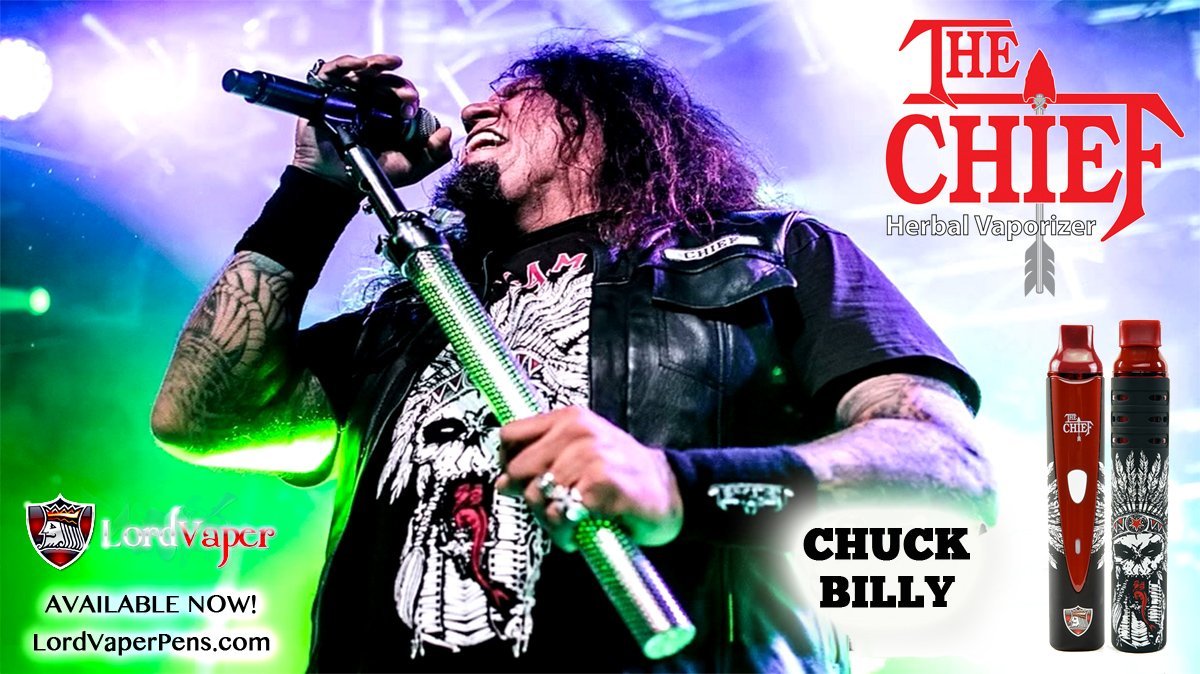 Friday the 13th or not… today is your LUCKY DAY!

Unlike Any Other Pen on the Market – Featuring New, Unique Upgraded Temperature Technology
(Non-Combustion) Based on Direct Fan Feedback

In a time where most herbal smoking products and accessories are marketed heavily towards urban and hip-hop audiences, hard rockers and metalheads alike have been left clamoring for a brand and manufacturer to step up to the plate and offer them accessories that they can truly call their own. As of today, those calls have been answered by none other than heavy metal legend and TESTAMENT vocalist Chuck Billy, in partnership with San Francisco Bay Area-based Lord Vaper Pens.

Lord Vaper Pens is pleased to announce the exclusive release of their brand new, high-temperature-yielding Chuck Billy Signature Herbal Vaporizer pen, “The Chief” – available for purchase beginning today via www.LordVaperPens.com (free shipping!!). Those who act early will truly receive special treatment: the first 1,000 buyers of “The Chief” will not only receive an individually numbered vape pen, but each pen will also be autographed by Chuck Billy himself! In addition, ALL pens will arrive with a free custom tote bag and all-inclusive pen kit featuring the signature “The Chief” limited edition Native Blood style and graphic, which also appears on the pen itself (see above).

Get this valuable and ripper piece of technology now and vape like “The Chief” Chuck Billy does!

“The Chief” Herbal Vaporizer pen is easy to use – no coils, no trays or bowls to lose – in addition to being extremely effective and less expensive than other premium vaporizers. “The Chief” is ready to use in just 60 seconds and features three temperature settings (non-combustion) – Low: 365F, Medium: 400F, and High: 430F. One of the particularly anticipated features of “The Chief” is the uniquely high temperature settings – a feature that was created based on Lord Vaper Pens user feedback. All settings have been supercharged – the lowest setting has been increased to produce more vapor, but if users want more cloud, they can utilize the higher settings. 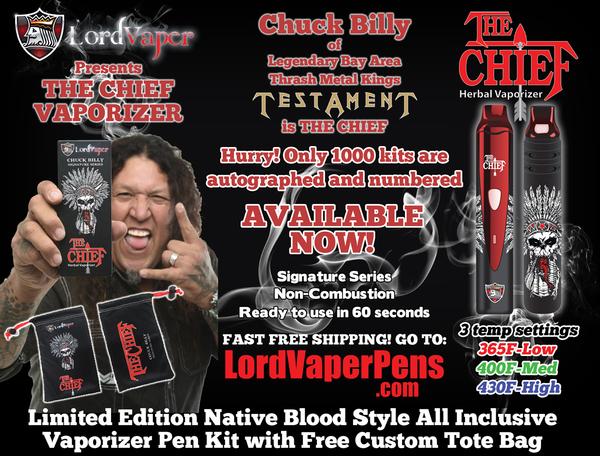 “I’m very excited to release “The Chief” herbal vaporizer from Lord Vaper Pens – we’ve been discussing the potential release of this product for quite some time and I’m glad to say it’s now a reality,” states “The Chief” signature series namesake Chuck Billy. “We’ve actually modified “The Chief” by turning up the temperature settings higher than what this style of vaporizer typically features. We’ve learned that these new settings are a desirable feature based on feedback from Lord Vaper Pens users. As someone who is in the business of giving music fans what they want – I feel it is important to translate that passion into this venture by listening closely to the consumer.”

Lord Vaper Pens CEO Adam Black adds, “Joining forces to collaborate on a product with Chuck is an honor for me, as I’ve been a long-time friend of his and a fan of TESTAMENT. They carry the torch, staying true to their thrash metal style and Chuck is a real Native American warrior, being a cancer survivor and all. He did sweat lodge rituals for treatment… I mean, how fucking dope is that? “The Chief” Herbal Vaporizer is a tribute to all those fighting the good fight out there.”

Chuck Billy and Lord Vaper Pens CEO Adam Black have been good friends for many years. In addition to being a lifelong metalhead and musician, Adam Black is an internet business entrepreneur with his hands in all things “tech”, making his involvement in the vaporizer industry a natural progression for him. Based on Chuck Billy’s mutual interest in the vaporizer industry, Adam and Chuck teamed up to start Lord Vaper Pens in thrash metal’s hometown of San Francisco, CA. What better place could there be to combine the heavy metal and vaporizer industries!

What you can read next 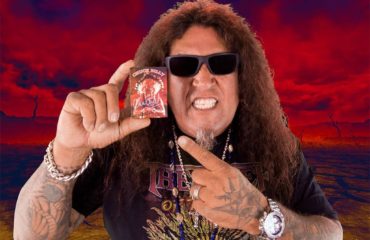 Industrial Hemp/CBD products sold on this site contain 0.3% or less THC. Depending on your state of residence, you must be at least 18 years of age, or older, to shop and make any purchases on this website. Products on this website will not be sold to, nor should they be used by, persons under the legal age in their state. Products should be used only as directed on the label or in the user guide. Industrial Hemp/CBD products should not be used if you are pregnant or nursing. Please consult with a physician before use if you have a serious medical condition or use prescription medications. Always consult with a doctor before using these or any supplemental dietary products. These statements have not been evaluated by the FDA. The products sold on this website are not intended to diagnose, treat, cure or prevent any disease. By using this site you agree to follow the Privacy Policy and all Terms & Conditions printed on this site. Void Where Prohibited By Law.

TOP
THE CORONAVIRUS SUCKS, BUT WE'RE OPEN AND SHIPPING!